Mary* was 33-years-old when she was attacked by a man on her way home from work. He threw her in a ditch near the road and pulled of her clothes. Mary kicked and screamed but nobody heard her. He threatened to stab her to death. After the rape, battered and bruised, she somehow managed to make her way home. The following week, Mary couldnt stop trembling. She felt scared and nervous. Even now, seven years later, Mary cant keep the awful memories of the attack from her mind.

There are lots many people like Mary who have undergone a traumatic experience. One look in the newspapers makes it very clear that violence is a fact of life. Some people are able to deal with what happened to them. Others, like Mary, cant easily forget. They suffer serious mental and physical problems.

Mary receives help from psychiatrist Dr Soraya Seedat of the Anxiety and Stress Disorders Research Unit, part of the Medical Research Council. Dr Seedat has worked with a number of traumatized people over the years. Sitting in her sterile office at the Department of Psychiatry at the University of Stellenbosch, Dr Seedat speaks in a soft but decisive voice. She says: A trauma can best be described as witnessing or experiencing a horrible event: people who have been raped, assaulted, violently hijacked, were tortured during apartheid or fought wars.

Some people cant erase this experience from their memory. They develop an illness called Post-Traumatic Stress Disorder (PTSD). Although the medical profession only officially adopted the word in 1980, PTSD has been around much longer. It has been documented since the time of the American civil war. Many soldiers who fought in the two World Wars and Vietnam suffered from the disorder. At the time it was just named differently: battle fatigue, soldiers heart, combat neurosis and melancholia. Initially psychiatrists believed that only soldiers could suffer PTSD, now they know its occurrence is far more widespread.

One of the main symptoms of the disorder is the victims tendency to relive their trauma. Some people have very vivid flashbacks, explains Dr Seedat. It is almost like they are back. They relive the fight, hear the slang, see the people present at the timeit all seems real again.

Additionally, people with PTSD will often try to avoid events that remind them of their horrific experience. I often use the example of rape, because that is so common, particularly in Cape Town, says Dr Seedat. Girls, for example, dont want to go on the street alone or might even avoid men. They have this kind of catastrophic thought that all men are bad.

Mary often gets flashbacks at night. She tries to sleep but cant stop thinking about the rape. And if she sleeps, the images reoccur in her nightmares. Its like a movie that keeps on rolling before your eyes and you cant stop it, tells Mary, while smoking a cigarette to calm her nerves. She is also familiar with the avoidance-symptoms: I was raped near the train station; I missed my train and decided to walk home. I am scared to return to the station were it all happened. But I am also scared to walk around alone in my own neighborhood, scared I am going to run into a coloured man. They remind me of my rapist. I always have the fear that its going to happen again. I only feel save in my house, which is well gated.

PTSD isnt just a psychological disorder. Individuals also experience an imbalance of chemicals and hormones in their bodies. Dr. Seedat says: They constantly feel on guard and they tend to be hyper-vigilant. They are very jumpy and oversensitive. Hearing the sound of a gun for example, can scare men and women that have been in combat. This disregulation of hormones and chemicals also causes a high irritability. Some people with PTSD cant control their anger and have aggressive outbursts.

For 48-year old Mark, Dr Seedats words resonate particularly strong. From 1974 to 1976 he was the platoon commander of a parachute battalion during the civil war in Angola. Most of his work consisted of finding the enemy in no-mans-land and getting into face-to-face combat. When I came back I wasnt the same man anymore. I wasnt able to sleep and I didnt trust anybody. But most of all, I was filled with intensive rage, tells Mark. The only way in which you can win a battle with the enemy is by being aggressive. Although I am doing better than years ago, little things can still enrage me, like a puncture in my tire or the cat that sits on the table.

Mark says he gets in contact mode easily: he feels awake, jumpy and ready to attack. I am always on guard and afraid that somebody might sneak up behind me. And if I, for example, hear a helicopter or smell kerosene, my body goes back into the mindset of the war. I get flashbacks of my combat years and it is difficult to realise that Im not there, that I am not vulnerable and dont need to be scared.

In addition to his anger, Mark is emotionally distant. If you are scared, like when you are surrounded by the enemy and blood is allover, you close up all your emotions, to deal with it. After the war I couldnt understand the feelings of others. I had no compassion if somebody told me about their pain and couldnt understand the emotions of my kids. I felt numbed.

The symptoms of PTSD -flashbacks, fear, anxiety - make it difficult to work and lead a normal social life. Mary tried to work after the rape but needed to quit. I just couldnt concentrate anymore. Most of the time I was just staring and thinking about the rape.

Mark, who currently works as a construction worker, also couldnt hold down a job for any length of time. But his main problem was PTSD interfering with his family and social life. I couldnt maintain friendships and didnt like to go to social gatherings. I would be the lonely guy standing in the corner, waiting until it was time to go home. I wasnt able to communicate with people and would scare them of by being hostile.

Not every traumatic experience leads to PTSD. But according to Dr Seedat, South Africas high level of violence means there is a disproportionately high number of South African who do. A survey conducted by the Anxiety and Stress Disorders Research Unit four years ago on several schools in Cape Town, revealed 80% of grade ten students as having been exposed to more than one violent traumatic event in their lifetime. Furthermore, 22% of the students suffered from PTSD. These figures are much higher than for the rest of the world, where according to Dr Seedat, 40% of people have witnessed or experienced a trauma and 7,5% suffer from PTSD.

Although trauma and disorder is widespread, it is not given a lot of acknowledgement, says Dr Seedat. In the community as well as in the medical professional environment, people sort of shy away from it. Most often the GPs dont take PTSD seriously. Things are changing now, but when I was trained at medical school no one ever spoke about this problem. And if the GP is aware of the existence, it isnt easy to diagnose, because although many will complain about their physical symptoms, like asthma, sweating and palpitations, most people wont complain about their psychological problems.

Before Mark knew he had PTSD he tried to erase his memories by using drugs and alcohol. According to Dr Seedat, Marks reaction typifies the response of many people attempting to eradicate their painful experiences. Dr Seedat says: These are used as means of self medication, to release the distress. This is also why PTSD is often not recognized, because it is masked by these alcohol and drug problems. So people are sent to rehab centers but are not given the therapy and medication they need.

Mary and Mark sought help. Mary, who smokes excessively, also uses tablets to calm her nerves. She was referred to several psychiatrists that kept on asking the same questions. Irritated by this, she is now considering group therapy with other rape-victims. Before Mark was aware he was suffering from PTSD, his doctor prescribed Prozac, which he used for a year. However, he says the best medication is talking with other combatants. As other veterans with similar complaints and symptoms didnt have a platform for expressing themselves, Mark and another former combatant established their own group, the South African Veterans Association. Talking with colleagues is therapeutic, helping Mark to manage PTSD in his daily life, but he says he will never again be a warm, emotional, compassionate person.

If you suffer from PTSD you can get help calling the following numbers: 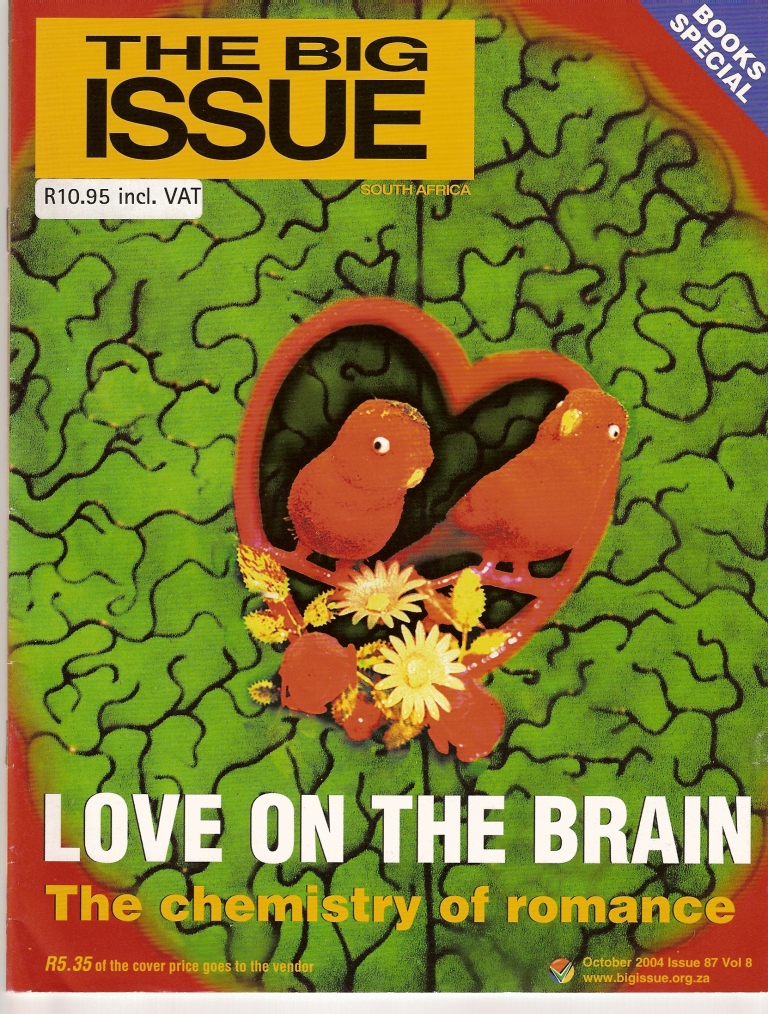